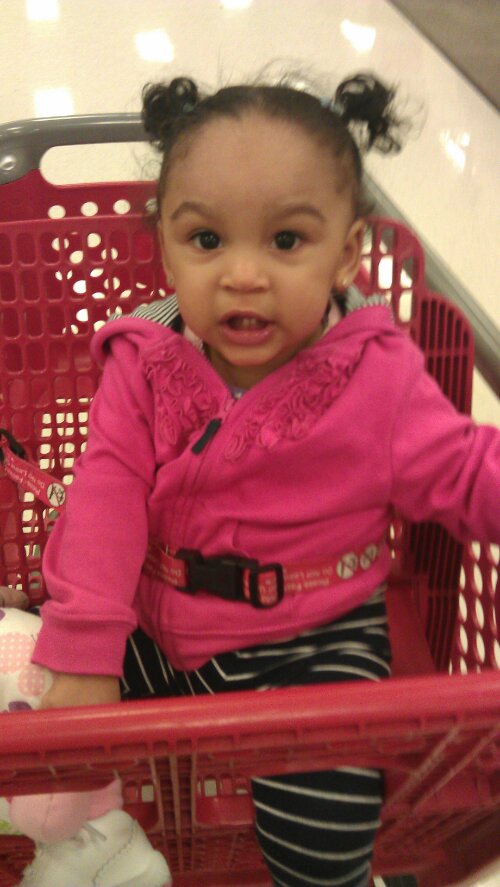 April 3, 2012. Everything was in place, Cydney’s room was set up, my mom was recovering from surgery so it was time to go get my girl. We left New York at midnight. My mom and I prayed for a safe travel and things to go smooth.

We got to the Hampton Sheriff’s department at 7:56 AM. Prayed one more time and then I called my lawyer. I told him what we were going to do and he said I had every right to and if there were any problems to call him. We went in to tell the sheriff what was going on because the last time there were some issues but at least there was a record that we went by there first since in the commonwealth they do not get involved with civil disputes.

The head sheriff came out and said that I should just wait the six weeks until our May 21 court date. We weren’t hearing that. I told them if there was an issue he could speak to my lawyer to explain my rights and pretty much his opinion didn’t matter. He called my lawyer who confirmed and I then gave him Cydney’s lawyer’s number and to speak to her. She said she was on the way to the court to look up the information and decide how this would be handled. She came out of the courthouse and said that she scheduled an impromptu hearing for temporary custody until May 21. She contacted Timile’s parents to let them know because they had no idea I was in Hampton.

Our lawyers couldn’t make that day because of other obligations so the hearing was set for 8 AM the next morning. She also said that since I haven’t seen my daughter in five months for me to have visitation until our hearing. I requested we meet in front of the sheriff’s at 3 PM because Timile’s parents would behave there. We got there and shortly after they pulled up.

They told us very little about Cydney because naturally Timile’s mother was pissed because she’s dramatic and emotional. Whatever. Cydney was in my arms. She looked at me for a while like she didn’t recognize me but I looked familiar. She did the same to my mother but yet she was comfortable. She didn’t turn to them to say bye or anything because she was okay with me. I was all smiles as soon as they drove off. That’s all I wanted. I just kept looking at her thinking wow she got big and looked different from the little girl I last saw.

We went to Burlington because once again I didn’t have any attire to wear to court. We then went to Target to get Cydney some toys and that was great. All I could do was keep looking at my daughter thinking I’m glad she’s back. I had no intentions of giving her back. Court was just going to be a technicality. We then went to Virginia Beach to meet up with Timile’s cousin who had been very helpful to me getting my girl back. We had a little barbeque and he was happy for me as well. Cydney was apprehensive to going to anyone else because she didn’t recognize them. That’s how I knew when she saw me earlier she remembered me.

After that we headed back to our hotel, said our prayers and went to sleep to get ready for the next day. I know Timile was looking down happy because she would have wanted this and me to fight to the death to get her back. She was on my mind all that night. Even then, I didn’t so much as miss her but I felt her presence and the three of us were a family again.

This morning, I gave Cydney a kiss on the cheek while she’s asleep thinking how glad I am she’s here, how she’ll never know what I went through to get her back, and how thankful she won’t remember any of this.

One thought on “Reunited”