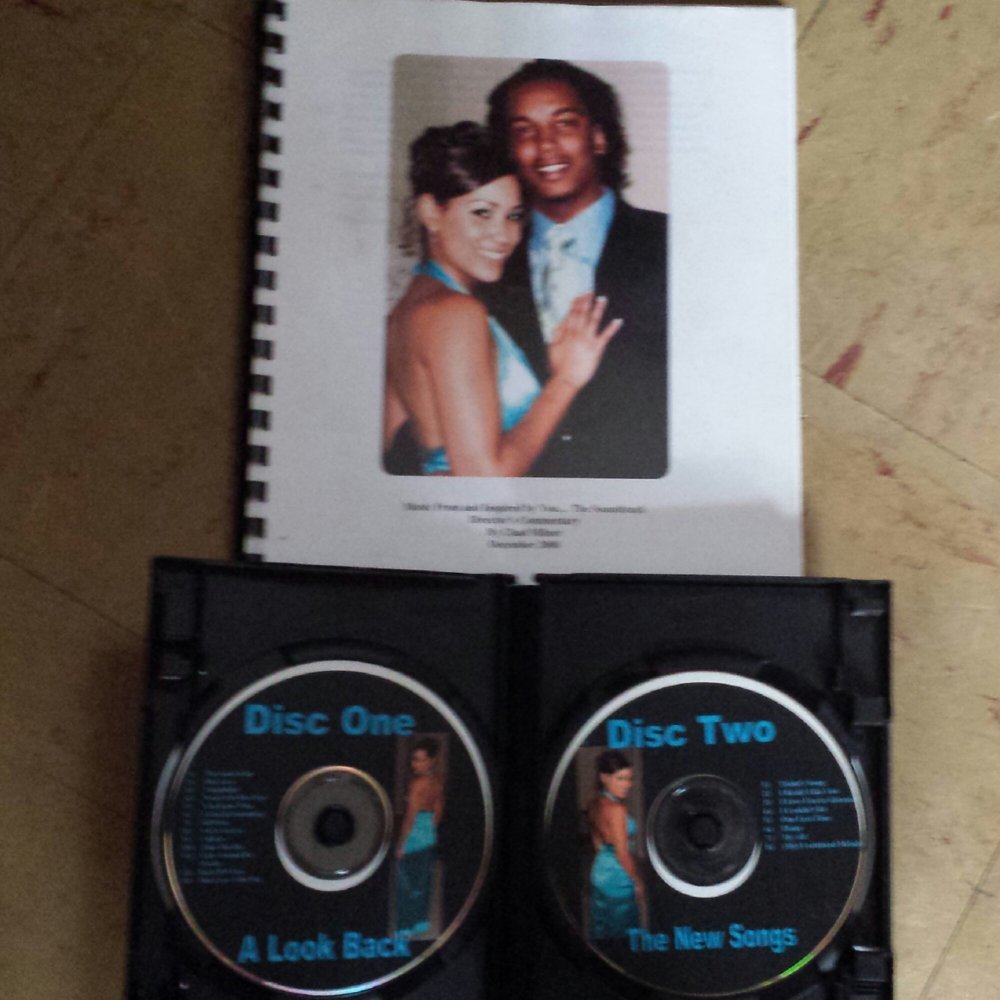 I posted this picture on Instagram a few minutes ago…

Recently I’ve had a lot on my mind trying to rectify my past, what role it plays in my present, and how all of this will shape my future.

I’m in the process of turning Cydney and my room into just hers and converting my studio into my bedroom. While cleaning up I came across this. I remember that I’d kept it in hiding because I didn’t want to look at it. I wanted to keep this buried but not quite let it go.

Why? It has nothing to do with Timile passing away. It’s about the time period in which it was made. I had quit my job at Walgreens because I was hired as a mortgage loan consultant. It was supposed to be my first real job after graduating from college close to a year earlier. It was October 2008. The mortgage crisis had happened and the company went bankrupt the day before I began.

I was feeling particularly crushed because after being with Timile for almost two years this meant my plans of proposing to her were put on hold. I was unemployed and she was trying out school to work in advertising. Our circumstances got Timile frustrated and she took it all out on me. In an  argument she said that the person she was talking to that she chose me over was happily married and that could have been her. Crushed. All I wanted to do was make her happy but life had just got in the way.

She went home to Virginia for Thanksgiving. I picked her up from the airport in my car. The window was broken and the fall was just about over in Georgia, so there were leaves in the backseat. She looked at them and was fed up. She went off in the car and said she was moving back to Virginia in a few weeks. I didn’t understand.

Christmas was coming and I was broke. My credit cards were maxed out trying to pay bills and keep our apartment afloat. Timile wasn’t working so everything was on me. On December 8-our two year anniversary-I made her an instrumental song entitled “Timile’s Song. I played it for her in the car on Cobb Parkway and halfway through the song she looked at me and said “Remember when we first started dating and you said that a girl is going to move on if she is unhappy? I’m unhappy. I have to be honest with you.” I looked at her intently while waiting at a red light. She then said “When I went back home I ran into “Felix” (that’s what I’ll call him). Felix was someone I liked in high school and it just didn’t work out.” Once again. This was our two year anniversary and life was already kicking me in the nuts.

I had no words. She was leaving for Virginia in ten days. There was nothing I could do or say that would sway her. I didn’t even try. Her mind was made up so my attitude was “Fuck it.”

I began to say everything I wanted to sat through music. No pen or paper was needed. I freestyled the whole thing. She was staying in one bedroom and I was in another. So while she’d go to sleep, I would work. I’d be up until 5 am working diligently on this passion project. If she was gone and attempting to find happiness somewhere else at least I said everything I felt. I made the whole album in five days. It was a double disc in which the first one was all of the old songs she’d heard already and then the new ones. I made a book of the lyrics, the samples, and gave a brief anecdote about each song. Heartbreak tends to bring out the best of creative people and by all means I definitely was at the time.

Timile lamented that she wanted us to still be friends. We were friends while she was in the bedroom right next to me and I could hear her laughing and joking on the phone with this guy. That shit was brutal.

Right before I took Timile to the airport we exchanged Christmas gifts. She bought me this tie. I wear it a lot but I hate looking at it. She said to me jokingly “Nice tie.” I replied “Thanks. My ex-girlfriend gave it to me.” It was said playfully but she wasn’t feeling it. Not one lick. In my head I thought “Oh well. It’s true. Don’t be mad at me when you made these circumstances.”

We said our goodbyes and that was that. I had quit smoking cigarettes some time before that; but I couldn’t help but pick up a pack at that time. I got back to what was our place, sat on the trunk of my car, lit one up, and looked at the December night sky. I saw planes fly by and thought about Timile flying away. She was coming back in a few weeks to get her car and Felix was coming down to drive her back to Virginia. I wondered what she would think when she listened to it. Then I stopped caring. She was gone.

For the next month we fought everyday. Something kept telling me to keep trying although all of the details around me said “Let it go and leave this one alone. Take your loss. She’s just not that into you anymore. There’s another nigga in the picture.”

Yet somehow that added to us fighting. We were fighting about every little thing, but we were really fighting about us. Tensions were high and it got ugly. Her leaving had played into every insecurity of mine. That I wasn’t enough, I wasn’t her type, I didn’t make enough money, etc. It came out in our conversations.

After she’d come back to Atlanta in January we fought even more. She said that she was moving back but planning on doing her own thing. She was still going to carry on her  relationship with Felix. I was done. Something in my heart said to continue preparing a home and then just let her go. If it’s right she’ll come back.

March 1 I flew to Virginia to drive back down with Timile. I vented in the car the whole way to my friend Kofi and was not looking forward to seeing her. I had my game face on by the time I left arrivals in Newport News ready to have left this all behind once Timile got to her apartment. She greeted me with a smile and that changed everything.

So those are my thoughts on this. Since I’ve made it I have never listened to it in its entirety. It was too painful thinking about that time in my life. I still haven’t and can’t. That’s why I’ve kept it buried until today. Maybe I’ll let it sit on my desk as a reminder of where I’ve been. And if I’m ever there again to remember how far I would go to win back the one I loved…even if it meant letting it go.

One thought on “The Album I Made For Christmas”