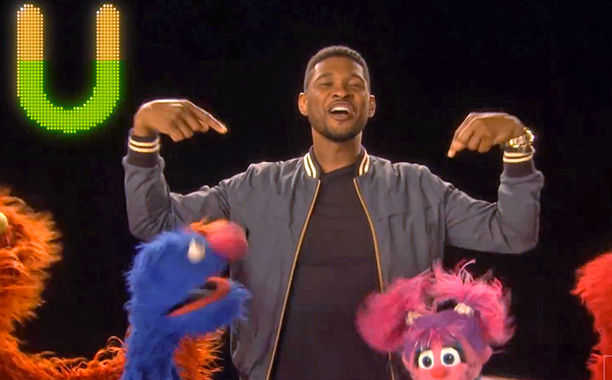 “Do you know who Usher is?” my daughter asks me while getting out of my jeep after six hours of kindergarten-ing. Cydney then said “I like him.”

Always full of surprises, I was curious of trajectory of this conversation. Cydney is really into music. When my child likes a song, she inquires “Who is this singing?” That is usually an indicator that I need to add said song to “Cydney’s Favorite Songs” playlist on Spotify.

In that moment, I quickly scrolled through my mental rolidex of songs I have recently played around Cyd, wondering if I had played any Usher sings in her presence. His eighth album, Hard II Love, had just been released that morning and per a friend’s recommendation, I had been listening to it all day.

My next thought was “What inappropriate song was some dumb five year old singing around my kid that has her innocently asking me of all people if I’m up on Usher Raymond IV?!”

Cydney chimed in “We listen to Usher in class.” Still in parent-mode, I pondered “Okay, I know Cyd’s teacher is amazing with kids and nothing about her says that when she drives off from elementary school, she’s blaring “Lil’ Freak” or “Good Kisser.” Reeling me all the way back in, my five year old tells me “We listen to Usher’s ABC’s from Sesame Street at school.”

I internally sigh with relief and the logical cortex of my brain tells me “Of course, you idiot!”

My daughter’s interest in music is beginning to bud. I love this because I know how much music meant to me when I was her age. My father is a musician and I absolutely loved being around all of that when I was growing up. Now that Cydney is a real kid-not an infant, toddler, or preschooler-she has more of an understanding as well as her own opinion.

At Cyd’s preschool graduation, my daughter confidently walked up to the microphone, introduced herself, and told the room of her peers’ family and friends “When I grow up, I want to be a pop star,” and meant it. She recently started piano lessons and has grasped the rudimentary concepts quick enough for me to really pay attention. After class, she says to me “Do you think that playing the piano will help me with becoming a pop star?” Dead serious.

Last night, while getting ready for bed, Cydney asked me “Daddy, who makes the song ‘wil.i.am.?'”

“wil.i.am.,” I replied. She looked a little confused and retorted “The guy who made the song “wil.i.am.” is wil.i.am.?” Before I could answer back, she began to sing the lyrics to see if I was familiar with the tune she was referring to. I picked up my phone, Googled “wil.i.am.” and the words Cyd sang that I could remember. The first thing to pop up in the search engine was “What I Am,” a song the Black Eyed Peas frontman made with puppets from Sesame Street.

While putting away her dolls that were on her bed, my daughter sang along and danced. I enjoy the moments of seeing Cydney being such a little girl. As soon as it ended, she requested that I play Usher. I perused around Youtube, looking for “Usher+Sesame Street.” The two-week mystery of what song my kid had been talking about now had a title: “Usher’s ABC’s.” I was still a little relieved she wasn’t referring to “No Limit,” a song that she can sing along with some of the chorus.

It was time for Cydney to call it a night. But she had one more song she wanted  me to play for her. “Beyoncé had a song on Sesame Street from when she was a teenager.” That was the moment that I really said “Okay, it’s time for bed, Cydney.”